It was about 10 AM on Saturday morning when I crawled out of my bunk to peek out the front lounge window of our tour bus. All week long the weather forecast showed a good chance of 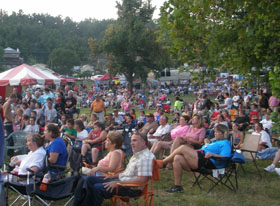 rain, and I thought our outside show was doomed when I viewed the rain coming down on the already soaked Hampton Inn parking lot. A little while later we pulled our bus into the festival grounds along the shore of Lake Barkley in Kuttawa Kentucky. The rain had now stopped, but the grounds were soaked. The night before had been a late one, as frat parties usually are, and most of the band had not gone to sleep until around four or five. So the 11:00 AM load in felt a bit sluggish, especially as it seemed we had dragged the hot humid air we had felt in Alabama with us.

Fortunately, it never rained again and the sun came out which helped to dry the wet field. We set up, sound checked, and then returned to the hotel for some brief downtime and showers. Upon our arrival back to the bus at dinner time, the guys were excited to see several Styrofoam containers of various and assorted BBQ – brisket, pulled pork, ribs – heck, who needs sides with such a varied selection of pork products! A little while later I accompanied Rhett to the meet and greet, which actually wound up being more of an eat and greet, as the banquet room in which it was held boasted a table of food for the guests.

Back to the bus, and we were ready for the show. Our performance began at 7:00 PM and by the time we were three songs in, the crowd had swelled to about 3000, as the music drew in the rest of the festival goers from other areas within the grounds. The crowd was quite vocal, singing along and cheering loudly after 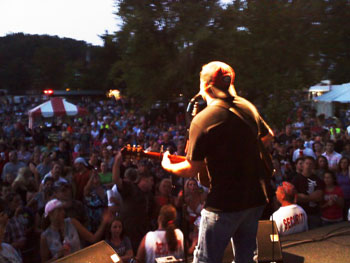 every song. Rhett’s show now contains several hunting songs from his upcoming Warner Brothers release, ‘Bone Collector’ and judging by the response to these numbers, it’s safe to assume that there are a lot of hunters in Kentucky. The show also featured a couple more of Rhett’s recent chart busters ‘It’s All about Tonight’ recorded by Blake Shelton and currently sitting at the number one spot on Billboard, and the funky New Orleans style ‘All over Me’ recorded by Josh Turner and also sitting high on the charts. The show ended with one of our usual encore numbers, Tom Petty’s ‘Last Chance for Mary Jane’ which Rhett introduced with a brief story about his experience seeing Tom Petty in concert earlier in the week.

Upon the show’s conclusion, Rhett was escorted via golf cart back to the bus. We loaded out and returned to the bus, everyone more than ready for some more BBQ and a few cold ones. Our weekend of shows now over, it was time to head back to Nashville. Tired but happy, we rode off into the night. 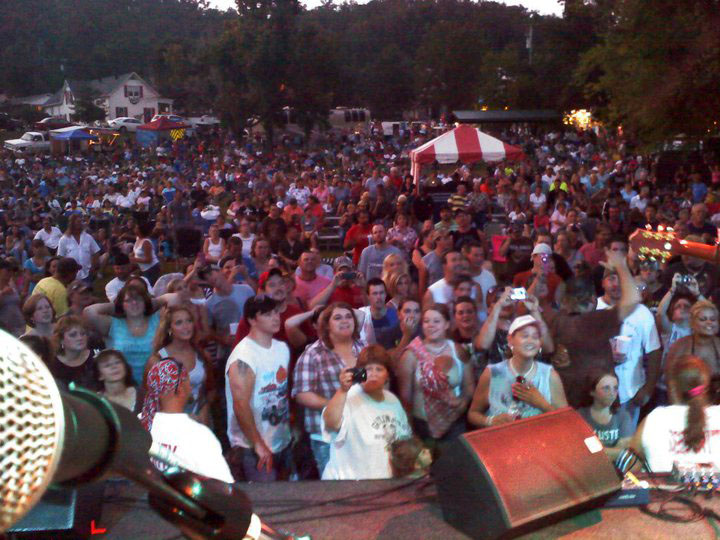